So, what happens when you put Lego, lightning talks and librarians in a museum? The result is an inspiring and successful staff development day! 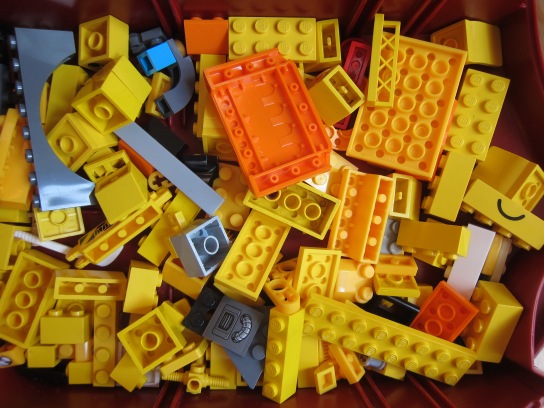 Last month, we held a staff development day for employees that work in our university’s libraries. It was the first time that we had held an event like this off-campus; we used The Story Museum, in Oxford, as our venue.

The museum offered versatile and quirky spaces, and provided inspiration and a sense of adventure which would otherwise have been lacking had we held the event on campus, in some anonymous conference room.

I joined forces with  select team of colleagues to help plan the day. We didn’t have much time; we only had three months to plan the whole thing, which was quite a challenge when you consider that at our first meeting we had no date, no venue, and no idea of how the day would look, or what it would consist of.

At that first meeting, I suggested The Story Museum as a potential venue; it is somewhere that I am very familiar with, since I work there sometimes, running educational workshops with groups of school children.

Choosing that as the venue naturally led us to loosely basing the day around the theme of stories; we liked the idea of staff sharing their success stories, talking about recent projects they’ve been working on, or discussing current challenges they face.

Unlike previous staff development events, this gave us the ability to offer our colleagues choices about which activities or workshops they wanted to attend.

Attendees were invited, in advance, to choose from a menu of workshops and activities throughout the day; we tried to offer a variety of things, to hopefully, meet most people’s tastes and interests.

Also on offer was a singing workshop, a voice coaching session, tours of the museum itself, a design workshop (how to design a book cover), an introduction to Raspberry Pi, and a two-hour long Lego Serious Play workshop, which we ran twice (in the morning and afternoon) facilitated by Andy Priestner.

There was a keynote speaker first thing in the morning (one of our newest senior members of staff kindly offered to do this), which was the only compulsory part of the day.

Library staff were able to come along for just the morning, afternoon, or the whole day, to fit in with their different shift patterns.

We operate four libraries across four campus sites, so not everyone was able to attend; some people had to stay behind to staff the libraries during the day (myself included).

We conducted a quick online survey after the event, to get feedback from our colleagues. The responses were overwhelmingly positive:

“Nice to do something different”

“Interesting to hear what colleagues were up to”

“Good to catch up with colleagues from other sites”

“A change of scene”

“The location was great”

“The lightning presentations were interesting and varied”

“I learned techniques to help me find and project my voice”

“What a lovely, sociable, talented bunch of colleagues!”

All this indicates that we’ll be planning a similar event in the future, although this is probably going to be hard to beat. Now, to start thinking of a suitable venue…