Part nine in a series exploring my work history, revealing how I ended up working in a library. This post: steering off the career path. 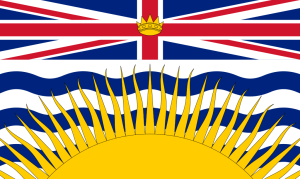 I was feeling brave; I had quit my job without having a new one lined up, I’d turned thirty, and a romantic relationship had ended. I didn’t see this as failure, but as a new beginning. One of my friends resigned from his job on the same day that I had; we felt a kinship, both walking away from lives that we no longer wanted. There was one big difference, though; he remained focused on developing his career, whereas I made a  decision to deliberately reject all notions of a career path; I wanted to be free, I wanted…  well, I didn’t really know what I wanted. All I knew was that I didn’t want to devote my life to, as I saw it, slavishly following some careerist ideal. Indeed, I didn’t just want to gently steer off the career path, I wanted to rush headlong into the wild, where there were no signposts, no directions, no map.

This sounded fine, as ideals go, but what did I actually do? I thought about going back to teaching English as a foreign language, but I knew my heart was no longer in it. I ended up doing something that I had sworn I would never do; I went back to the employment agency that I had worked for as a student, and registered as an office temp. The positive side of this was I could earn money while I figured out what to do next, and I could enjoy an easy, stress-free working life. The downside, however, was that the work was so boring, dull and lifeless that now I cannot remember a single detail, other than it entailed working 9-5 in some dreary office somewhere, on an anonymous business park or desolate industrial estate. This wasn’t quite what I had meant by steering off the career path; I had apparently pulled over into a service station rather than heading out onto the open road.

Fast forward a few months, and  I was still working as an office temp, but I was now living in Vancouver, Canada. I was just within the age bracket for a twelve-month work visa through BUNAC, so I seized the opportunity with both hands, packed a bag, and two weeks after arriving in Vancouver I’d found a job and was living in a shared apartment, just five minutes from the beach.

I stripped my life down to the bare essentials; one backpack with enough clothes to get by, a guidebook to Vancouver, my laptop, and a slate wiped clean. I didn’t even have a bed, I slept on a mattress on the floor. The temp jobs I did were still menial and less than exciting, but I earned a higher wage in Canada than in the UK; I worked mainly at the University of British Columbia, and for various government departments, including the liquor distribution centre. Yes, the work was boring, but I was living in one of the best cities in the world. What I learned from this experience: Sometimes it is not what you do, but where you do it.