The JET Program: an example of Educational Reform in Japan

Launched in 1987, the Japan Exchange Teaching (JET) Program aimed to “foster international perspectives in Japan…as well as intensifying foreign language education” (McConnell, 2002) through hiring college graduates from a variety of English-speaking countries as Assistant Language Teachers (ALT’s) in schools all over Japan. Every year, around 6,000 graduates are employed as JET participants, and the annual budget now exceeds $500 million, demonstrating the huge scale of the program (McConnell, 2002). I was one such ALT, working alongside Japanese Teachers of Language (JTL’s) in junior high and elementary schools from 1999 until 2002. This is an investigation into the reasons for the development of the program, how it was implemented, and the effects this reform has had on foreign language education in Japan.

The JET Program was established during a time of dissatisfaction with foreign language education in Japan. The Ad Hoc Committee for Education Reform in 1984 reported that foreign language education in Japan “was not very efficient in spite of the great efforts made by many people” (Koike & Tanaka, 1995). There was also the general feeling at that time in Japan that schools “must do more to promote the acquisition of (foreign language) conversational skills” (McConnell, 2002). The Ad Hoc Committee proposed “reconsideration of the objectives for teaching English” and suggested “a communication-centered approach” (Koike & Tanaka, 1995). Alongside these national concerns over foreign language ability, there were also influences from the international perspective. Like other education reform policies, the creation of the JET program was influenced not only by domestic concerns, but also by diplomatic relations and consideration of Japan’s “role and image in the world” (McConnell, 1996).

Specifically, there was a strong political agenda for the creation of the program, which actually had nothing to do with educational reform. Kuniyuki Nose, who wrote the original proposal for the program when he worked for the Home Affairs Ministry, stated in 1993 that “the JET Program was never focused on the revolution of English education or changing Japanese society” (McConnell, 1996). Instead, he conceived the program as a way to “improve the communication between younger generations in Japan and America”, which would help ease the US-Japan trade crisis of the mid-1980’s (McConnell, 1996). The Ministry of Foreign Affairs liked the proposal, and formally presented it to President Reagan during his summit with Japanese Prime Minister Nakasone in 1986. Nakasone commented at the time that the JET Program would be a part of his wider scheme “to prepare for global leadership by remaking Japan into an international state” (McConnell, 1996). The political intent of the program perhaps explains why it is managed by four different governmental departments: the Council of Local Authorities for International Relations (CLAIR), the Ministry of Education, which manages the foreign language teaching aspect; the Ministry of Home Affairs, which carries out general administration and overall coordination of the program; and the Ministry of Foreign Affairs, which is responsible for recruiting graduates from overseas (Koike & Tanaka,1995; McConnell, 2002). 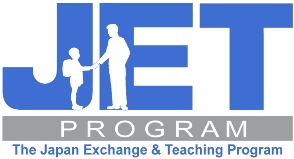 Whether viewed as an educational reform or purely as a political act, the JET Program is an example of a  “top-down” policy, imposed from the governmental ministries to be implemented by local education authorities, nationwide (McConnell, 2002). This reflects the centralized nature of the Japanese education system. The JET Program as a policy was launched “without ever consulting those most dramatically affected by the policy…local educational administrators and Japanese language teachers” (McConnell, 2002). The hierarchy of implementation is as follows: national ministries, prefectural administrators, local education authorities, and then individual schools and teachers. (Fujimoto-Adamson, 2010). In the case of JET, the policy goal of “internationalizing Japan’s educational institutions” was perhaps a reasonable statement of intent at national ministerial level, but at the local school level it became open to interpretation, and was questionably a meaningless objective, especially as the actual implementation of the policy “…was left to the discretion of individual teachers or schools” (McConnell, 2002).

However, the governmental ministries have, over time, attempted to define more concrete goals and provide teachers with guidelines on how to achieve them. For example, in 1987, the same year that the program was launched, the Ministry of Education held a conference to revise the national Course of Study for foreign languages (Koike & Tanaka). At high school level, it was decided that “international communication should be the ultimate goal” with greater emphasis placed on the four language skills (reading, writing, speaking, listening) rather than just reading and writing as examination preparation (Koike & Tanaka). As a result, high school students subsequently participated in “daily conversation activities” in order to “enhance the students’ communication abilities and international understanding” (Koike & Tanaka). This was a huge shift at the time and appeared to be one way of utilizing the new influx of native English speakers arriving in schools in the first wave of JET participants. Indeed, despite its initial political intent, the government has used the JET Program as a tool for making educational reforms in the field of foreign language instruction.

Arguably, the biggest reform that has been instigated as a direct result of the JET Program is the way in which foreign language classes are taught, at elementary, junior and high school levels. Throughout the entire history of JET, one of the constants has been the interaction and collaboration between ALT’s and JTL’s in the classroom. In 1994, the Ministry of Education published the Handbook for Team-Teaching, a clear attempt to clarify how ALT’s and JTL’s ought to be working together, pertaining to the goal of “making English-language education more communication oriented” (McConnell, 2002). Prior to the JET Program, team-teaching did not exist in Japan, especially between Japanese teachers and native English speakers. It has now been “widely implemented in English-language classrooms in Japanese schools for more than 20 years” as a direct result of the JET Program (Fujimoto-Adamson, 2010). In 2002, team-teaching was outlined in national policy by the Ministry of Education, advocating the ideal of “equal partnership (between JTL’s and ALT’s) and contribution towards communication activities” in the classroom (Fujimoto-Adamson). More specifically, the ministry states that “the duties of the ALT…are to assist the JTL in developing students’ communicative abilities in the language and to serve as a cultural resource…so that students can develop a capacity for understanding foreign cultures and customs” (Mahoney, 2004). Team-teaching has revolutionized the way in which foreign languages are taught in Japan, and indeed the JET Program is the reason “team-teaching has become a familiar and established practice in Japanese public schools” (Meerman, 2003).

Reflecting the importance of the emergence of team-teaching, there have been many studies into this phenomenon in the Japanese education system. Tajino & Tajino (2000) state that since the inception of the JET Program, “…team-teaching has emerged as one of the most important issues in English language education in Japan”. McConnell (2000) claims that team-teaching between native and non-native English speakers (i.e. ALT’s and JTL’s)  “has led to changes in English education in Japan through the promotion of conversational English and other communicative activities which would not normally have been attempted”.  Meerman (2003) conducted a study to investigate the “impact of foreign instructors on lesson content and student learning…in team-teaching environments”. Mahoney (2004) investigated the specific roles carried out by JTL’s and ALT’s during the practice of team-teaching, concluding that there are often discrepancies between what the Ministry of Education outlines as the ideal team-teaching pedagogy and what actually happens in classrooms across the country. Similarly, Fujimoto-Adamson (2010) concluded in a study of team-teaching, that “in contrast to national policy guidelines…” there is often “…an unequal relationship between team-teachers” resulting in a widely varying quality of English language education across classrooms in Japan. The Ministry of Education freely admitted in 1989 that there was “a big gap between what the Japanese teachers are doing (in team-teaching) and what the Ministry of Education wants to accomplish” (McConnell, 2002).

Clearly, there is still much debate about the practices of team-teaching, its merits and its pitfalls. However, the JET Program remains strong after more than 20 years.  For all its political beginnings, the program has heavily influenced foreign language education in Japan, primarily through the use of ALT’s in team-teaching, creating a more communicative approach. The program is an example of a top-down reform policy that, in its implementation, individual schools and teachers are crucial to its success. It is worth noting, that from its inception, the Japan Teacher’s Union fully welcomed and accepted the legions of inexperienced, foreign college graduates to work alongside the JTL’s in schools. As McConnell (1996) states, “the arrival of reform-minded native speakers into an exam-oriented school environment creates a dilemma of considerable proportions for many Japanese teachers of English” and it is remarkable that the program has not come up against greater resistance from those at the grassroots level, who have to navigate their way through “internationalization” on a daily basis.  After their tenure of between 1 to 4 years, ALT’s return to their home countries, where they share their understanding of Japan to others. In this way, the political desire for Japan to be greater understood by other nations has been met, on a rather grand scale.

Meerman, A. (2003). The Impact on Foreign Instructors on Lesson Content and Student Learning in Japanese Junior and Senior High Schools. Asia-Pacifc Education Review, 4(1), 97-107.

3 thoughts on “The JET Program: Educational Reform in Japan”